Microsoft is currently discounting the Xbox One X to $299 to clear inventory ahead of the Xbox Series X's launch. 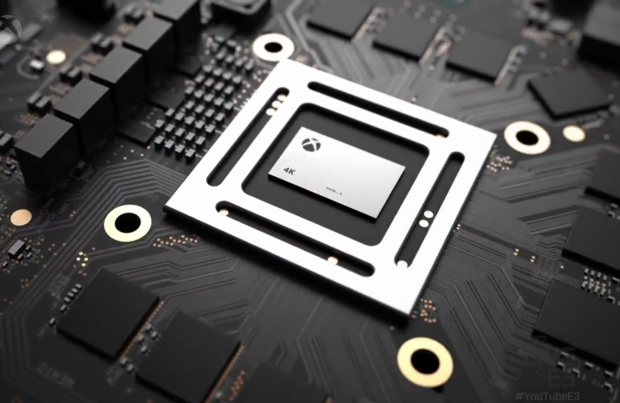 All Xbox One X consoles are now on sale for $299, including bundles and special editions, Microsoft today confirmed. The Xbox One X originally released in November 2017 for $499. This likely isn't a permanent price drop though. Microsoft hasn't adjusted the Xbox One S pricing, and right now the S models and bundles are the same price as the Xbox One X. The website URL hints the sale will last until April 20.

The idea here is simple: Microsoft wants to make way for the Xbox Series X and sell all of its current current-gen models as fast as possible. There's been reports the Xbox One X is discontinued and Microsoft won't make any more units once they're sold out.

The price drop and discontinuation rumors strongly reinforce rumors of a cheaper, lower-power next-gen Xbox. Past reports say that Microsoft will release two next-gen consoles in 2020: A lower-cost but less powerful console called Lockhart that targets 1440p 60FPS, and the beefier 12TFLOP Anaconda (Xbox Series X) that can hit native 4K and even upscaled 8K gaming.

Should you buy the Xbox One X? If you're in the market for a beefy console and want to play games now, maybe consider it. The Xbox Series X could retail for around $499 minimum, so expect to pay out more for the new model.

But the Series X has massive improvements over current-gen systems, including an ultra-fast PCIe 4.0 SSD that will revolutionize gaming, a massively improved 3.8GHz Zen 2 CPU and an exceptionally powerful 12TFLOP Navi GPU for high-end visuals.