The Dreamcast might be dead for good, but Retro-Bit is reviving SEGA's old-school controller for a nostalgic hurrah. 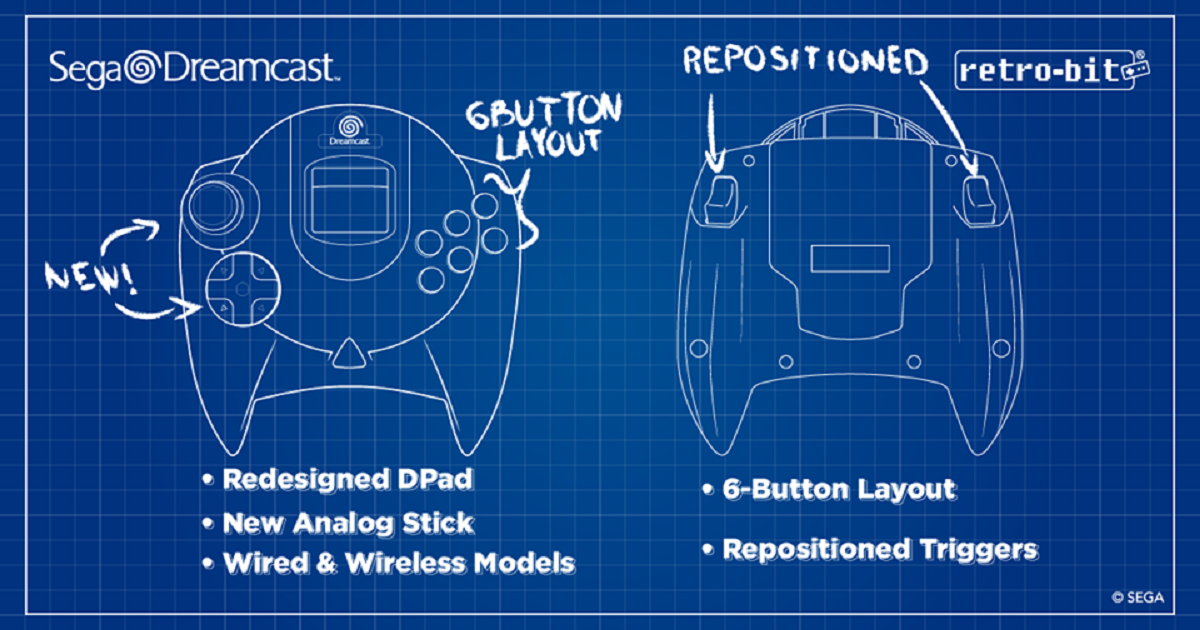 Retro-Bit plans to release its new Dreamcast controller sometime in 2020, complete with wired and wireless options for gamers to choose from. The controllers will mimic the original Dreamcast's weird polygonal peripheral while also packing some new add-ons, including an improved analog stick, a new D-pad, a six-button layout for fighting games, and re-positioned triggers. Retro-Bit's controller also features the original Dreamcast hookup so it can play with your old-school machine, as well as a USB converter for PC play.

There's nothing quite like the Dreamcast controller. If you ever held one in the 90s, you know what I'm talking about. They're just so...weird but oddly satisfying at the same time. Using one now would be awkward since it doesn't have a second joystick, but for the time, it was quite unique.

The Dreamcast was spawned in a strange transition period in gaming as a whole and was ultimately the death-knell for SEGA's console market; it wasn't the console's fault, not really, just poor planning on SEGA's part. And Sony's PlayStation had a lot to do with it, too.

Retro-Bit will release its Dreamcast alteration sometime in late 2020. Pricing has yet to be announced.