The creator behind Rick and Morty have teased a brand new show 'Solar Opposites', which will be released on Hulu on the 8th of May.

The above teaser has been released on the official Hulu YouTube channel and introduces viewers to a family of aliens who is attempting to integrate onto a strange new world called 'Earth'. The new Hulu series is from co-creator of Rick and Morty, Justin Roiland, and judging from the trailer, if you like Rick and Morty, you will definitely like Solar Opposites when it releases.

The comedy seems extremely similar, and even some of the characters remind me of Rick, Morty, Summer, Jerry, and Beth. The teaser trailer says that Solar Opposites will include the following; man caves, recreational drugs, bullying, animal rights, zombie teenagers, magicians, black holes, gooblers, and the pupa. All of what was just mentioned feels like its a random channel on inter-dimensional cable in an episode of Rick and Morty. All episodes of Solar Opposites will release on Hulu on the 8th of May. 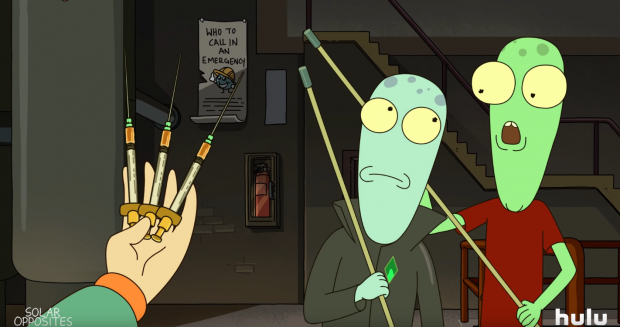 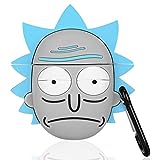