The legendary former Nintendo of America President Reggie Fils-Aime just joined Gamestop's board of directors, prompting lots of industry fanfare. The general consensus is Reggie will save Gamestop from its careening trajectory towards financial ruin. Sadly, he won't have a direct impact on the business.

Reggie Fils-Aime won't really save Gamestop. That's not saying he can't, because he probably could. With 13 years at Nintendo, Reggie knows the industry inside and out. He could help Gamestop shift towards a digital model. Just look at Nintendo's digital presence, which has made 124 billion yen from digital so far this year.

The truth is Reggie just isn't in the capacity to save Gamestop. He won't have that kind of clout. But he'll certainly influence GameStop's management.

According to GameStop's corporate governance guidelines, this role has a lot of responsibilities including advising the board on who should stay and who should go. Board members will have their performance weighed and judged periodically.

Reggie will be able to make recommendations on who should be voted out, and more importantly, who should take their place. Reggie will basically vet Gamestop's potential executives. He won't be able to directly save Gamestop, but he can help appoint people who can.

The committee also determines if more directors need to be hired. Reggie could help expand Gamestop's board ranks while also helping choose who should be on board.

Here's how GameStop's company guidelines describe one of the main responsibilities of Reggie's new role:

Remember that stockholders will vote on any and all board changes. The board just guides them with information, but ultimately stockholders hold all the power.

That's not to say Reggie won't affect GameStop's business. He will lead a committee with a significant role, but he won't be calling all the shots. GameStop's future business plans aren't up to him.

During the holiday 2019 period, which is historically the best period for any retailer, Gamestop reported a $84 million loss. Essentially GameStop's losses decreased by a huge 83% year over year. The company managed to rake in $1.4 billion in total sales. 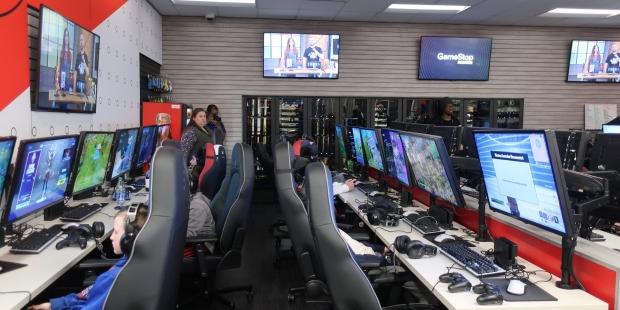 The company is still in dire straits though. Gamers are buying more digital games out of convenience and putting the squeeze on retailers. In response, GameStop is doubling-down on merchandise in an attempt to make more profits.

GameStop has since closed hundreds of stores worldwide, laying off tons of workers in the process.

The turnaround plan is rather ambitious. GameStop management wants to turn stores into gaming cafes, complete with local game store DND tables, retro consoles, and more. The idea is to turn GameStop into a gaming hub where experiences are made. The store wants to be a place where you go to play games and meet friends rather than just buy games.

This could work, but only if it's done right. Based on what we've seen so far, GameStop has a long way to go before they can do things just right. Hopefully Reggie will scrutinize the current board of directors and help pick some all stars to lead GameStop to breaking even.