Astronomers have just detected the biggest explosion in the Universe ever recorded. The only explosion that comes close to this explosion is the Big Bang. 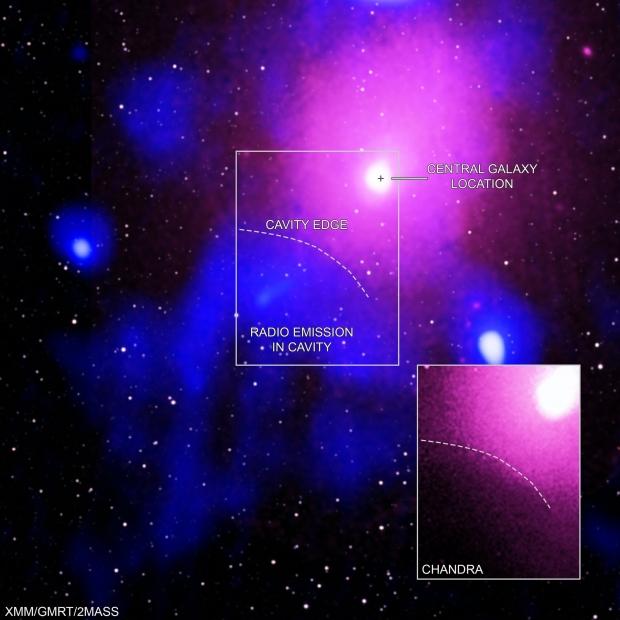 In a distant galaxy, about 390 million light-years away from Earth called the Ophiuchus galaxy cluster, astronomers detected what is now recorded as the biggest explosion in the Universe since the original Big Bang. This explosion came from a supermassive black hole and released five times more energy than the last biggest explosion ever recorded. According to Professor Melanie Johnston-Hollitt, from the Curtin University node of the International Centre for Radio Astronomy Research, "We've seen outbursts in the centres of galaxies before but this one is really, really massive."

Astronomers also don't know why the explosion was so big, Johnston-Hollitt states, "And we don't know why it's so big. But it happened very slowly-like an explosion in slow motion that took place over hundreds of millions of years." Researchers estimated how large the explosion was and found that it happened to tear a hole in the galaxy cluster that's so large that fifteen Milky Way's can be placed in a row there.

Lead author of the study Dr. Simona Giacintucci, from the Naval Research Laboratory in the US, said, "The difference is that you could fit 15 Milky Way galaxies in a row into the crater this eruption punched into the cluster's hot gas. People were skeptical because of the size of outburst but it really is that. The Universe is a weird place." For more information on this explosion, check out this link here.