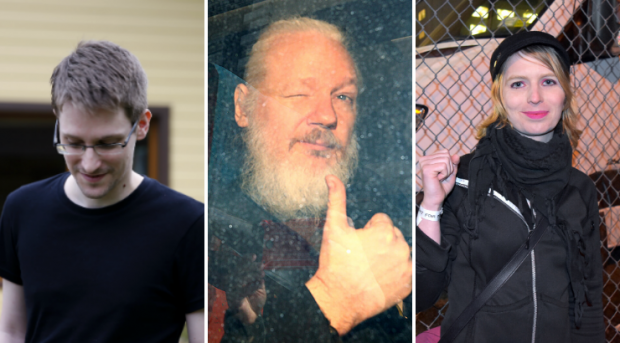 According to the full letter, which was published on the Courage Foundation's website, these seventeen members of the parliamentary group believe that Edward Snowden, Julian Assange, and Chelsea Manning have shown extraordinary efforts towards deserving a Nobel Peace Prize.

The group believes that Assange's efforts to expose "the extent of harm and illegality behind the Iraq and Afghanistan wars", Snowden's revealing of "illegal mass surveillance, in defence of the liberties", and Manning's disclosure of 750,000 "classified, or unclassified but sensitive, military and diplomatic documents" to WikiLeaks represents enormous sacrifice for these individuals. The group also believe that a Nobel Peace Prize would more than honor the actions of these individuals, and represent their own sacrifice of liberties.

Here's an excerpt from the letter:

"With respect to the legalities of peace, Julian Assange and Wikileaks have contributed to the historical record on the International Criminal Court (ICC), established in 2002 under the Rome Statute of 1998, to promote the "peace, security and well-being of the world." The ICC's mission was to end impunity by prosecuting "the worst atrocities known to mankind": war crimes, crimes against humanity and the crime of genocide.

When the ICC's enforcement capabilities were taking shape in the years following its inception, cables published by WikiLeaks exposed bilateral deals between nations under Article 98 of the Rome Statute, in which states placed themselves outside the ICC's jurisdiction. The Article 98 deals undercut the ICC's power to prosecute war crimes and other internationally illegal obstacles to a peaceful world order.

Later, in 2013, when Edward Snowden revealed the warrantless masssurveillance of citizens and officials worldwide, he exposed an immense global network with the capability to intercept and obstruct peace proponents such as Chelsea Manning and Julian Assange. Edward Snowden's revelations have contributed to international investigations, transparency initiatives and legislative reforms around the globe.

These are but a selection of the contributions that Julian Assange, Chelsea Manning and Edward Snowden have made towards pursuing and defending lasting peace.

A Nobel Peace Prize for Julian Assange, Chelsea Manning and Edward Snowden would do more than honour their actions as individuals. It would ennoble the risks and sacrifices that those pursuing peace so often undertake, to secure the peace and freedom for all."

Cypherpunks: Freedom and the Future of the Internet