There has recently been quite a lot of controversy surrounding Tesla's Autopilot feature, and a new level of hostility and division arose after Walter Huang's death on March 23rd, 2018. 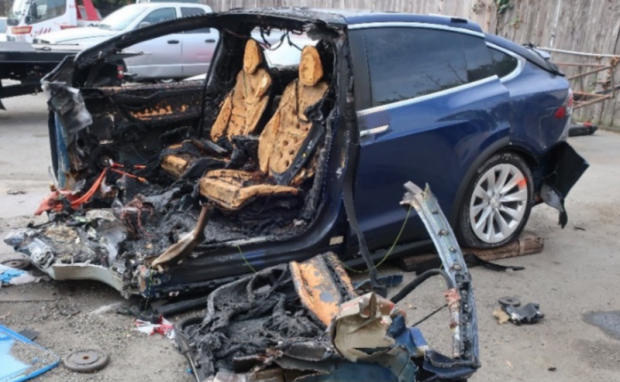 Huang's vehicle experienced an Autopilot glitch that caused it to get lanes mixed up as it approached a left exit on US Highway 101. The vehicle was traveling at 70 miles per hour, but since then, new information has surfaced in multiple new documents released by the National Transportation Safety Board (NTSB). The documents confirm that Huang experienced this same glitch in this very same spot, multiple times before his death. What isn't confirmed is that if Huang told Tesla about this issue.

The documents state that on the last two times Huang drove over the same spot on highway 101 he noticed the glitch and grabbed the wheel to correct it. This evidence was gathered from the SD card that is inside every Model X (Huang's vehicle). A friend of Huang, Hans Ting, also asked Huang in a private message on March 19th how his vehicle was doing, a screenshot has been provided below. Huang's family claims that Huang notified Tesla of this Autopilot issue and said that Huang visited Tesla in regard to it.

Tesla has no record of Huang sharing this information with them, instead, their records state that Huang reported an "issue with GPS/Navigation causing cruise control to not function and alert 'maps not loaded' to appear."

Huang was an Apple engineer and had been issued two smartphones by the company. These phones were test devices and had logging/tracking capabilities for things such as excessive memory/power leaks with certain applications. The NTSB asked Apple for Huang's logs and found that Huang was an avid player of the game Three Kingdoms mobile edition.

At 9:06 am, 21 minutes before Huang died in his accident, a log entry showed that Three Kingdoms was exceeding its memory limit. Another log at 9:10, just 17 minutes before the crash, showed an entry that was "extremely active". NTSB says, "The game is a world-building, strategy game with multi-player capability. When playing the game on a mobile device such as an iPhone 8 Plus, most players have both hands-on the phone to support the device and manipulate game actions."

Since the last log was 17 minutes before the crash, NTSB also stated, "the log data does not provide enough information to ascertain whether the Tesla driver was holding the phone or how interactive he was with the game at the time of the crash."