Microsoft and Nike have teamed up for a new Jordan-themed Xbox One X console and controllers, with the iconic red elephant print dopped all over the Xbox One X and two controllers -- it looks slick. Check out an unboxing of one of them below:

Nike is unleashing its new Air Jordan III Retro U sneakers during the upcoming All-Star Weekend in Chicago, with the custom Jordan-themed Xbox One X console and controllers to be given away in a competition during the Microsoft sweepstakes on Twitter. If you want to enter that, follow the official Twitter account for Xbox, retweet the announcement and use the hashtag #Xboxsweepstakes.

The giveaway of the Jordan-themed Xbox One X ends on February 27, with a single winner to be announced. I wouldn't want to touch it if I won it, and would love to keep it in the box forever. 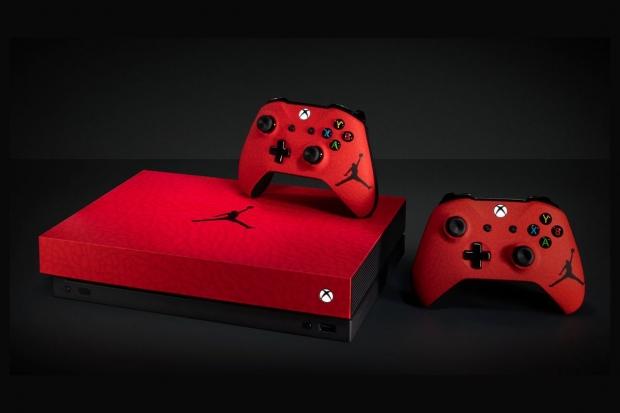