The constant string of updates to Tesla's just keep coming and coming. Elon Musk, the Tesla founder and C.E.O. isn't slowing down with the updates either, as he has just teased what's in the pipeline for Tesla owners.

In a new video posted to Elon Musk's official Twitter account, we can see two people driving a Tesla out of a car park. While this might just seem like a boring video, if you play it with sound, you can hear something unique. As the car is driving past some pedestrians, it says "Well, don't just stand there staring hop in!". Musk has just officially teased that Tesla's will be able to speak to pedestrians with external speakers, just like K.I.T.T. from Night Rider.

Musk didn't explain the extent of Tesla's speech capabilities, or what specific Tesla models will be able to use this new feature. But he did tease that Tesla owners who have the vehicle that supports this update will be able to 'fart' in the general direction of pedestrians. This new feature could be handy if owners are able to use external speakers as a means of communicating safety with people outside the car. At the moment, its unclear whether the 'speech' will be canned clips (pre-installed voice lines) or if owners will be able to use the external speakers as a microphone. 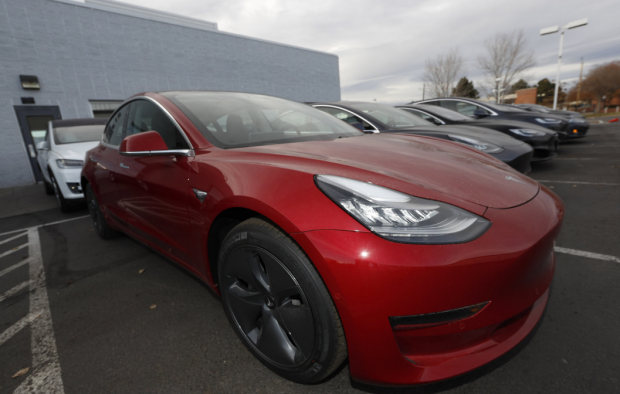