CES 2020 - Segway is making waves at CES 2020 this year, teasing off its new prototype electric vehicle that it is calling the S-Pod -- and it looks like a wild ride. 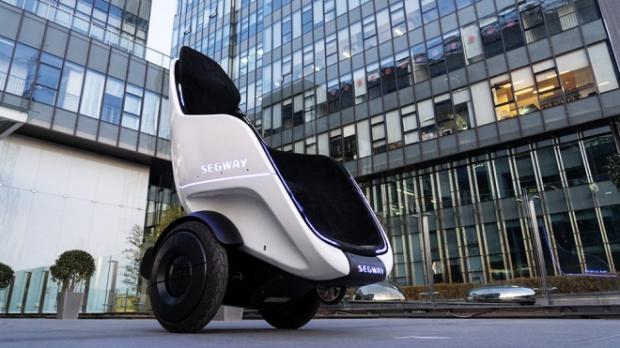 Segway teamed with Ninebot on the new prototype TV that weighs 330 pounds and has a top speed of 24.8 miles per hour, while in its current prototype state it has up to 43.5 miles of travel in it from its battery. Segway's new S-Pod is a personal transport vehicle that the company describes as a "first-class smart transporting pod".

The S-Pod is powered by gyroscopic, self-balancing technology that makes sure you'll never fall out of it -- and while the original Segway could be controlled by leaning forward or to the side, the new S-Pod has its movement manipulated with a tiny joystick in the right side of the seat for maximum laziness. Segway says it'll also have a detachable built-in pad, too.

Segway also teased that we could expect a future model or updated S-Pod with autonomous driving, if the S-Pod didn't make you lazy enough. It's totally part Wall-E, the wheelchair Professor X uses in X-Men, and the Gyrosphere from Jurassic World -- and I love it. I don't know if it's for me, but it would be interesting to see these on the road, that's for sure.

The new Segway S-Pod will be on display at Segway's booth at CES 2020 this week, with plans to begin selling it in 2021.