Ever wanted to add a pointy end to your PC that makes it an instant conversation piece about the Illuminati and ancient Egyptians? Then look no further than this interesting build. Redditor dessie84 built a striking-looking rig that's straight out of a 1970's sci-fi movie. The build uses the rather unique Azza Pyramid 804 case, an ATX chassis which comes with four panes of aluminum-tempered glass, a snazzy 120mm RGB fan, and enough space at the base for a full GPU and cooling setup.

The Azza Pyramid 804 was actually shown off at Computex 2019 and can stand upside down with a special four-leg stand that gives me intense anxiety just thinking about. Azza also makes a cube-shaped chassis similar to the HP Omen.

Side Panel Window 4 sides of top panel are tempered glass 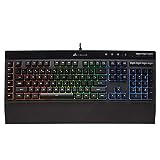