During The Game Awards, Microsoft and Ninja Theory revealed the sequel to Hellblade: Senua's Sacrifice in an awesome new trailer. The trailer claimed that what we saw in the trailer was rendered 'in-engine', but was it in real-time?

Digital Foundry has put that very question into perspective and put the Senua's Saga: Hellblade 2 Xbox Series X trailer under their microscope. Digital Foundry explains that 'in-engine' means that what we see in the trailer is much closer to what we will get in the game when it releases. "But is it in 'real-time'? As in rendering the geometry affects and everything in Xbox Series X or PC hardware."

Digital Foundry goes on to dissect each of the rendering techniques we can see in the trailer, so if you want a full breakdown of each technique, check out the above video. For now, though, here's a summary of what they found. Digital Foundry believes that the assets used in the trailer are definitely above that of current-gen consoles, but they are still hesitant to say that nothing was pre-rendered or at least enhanced. This is due to the level of geometric detail at a distance, some lighting aspects, the fact its running at 24FPS at less than 4K and more. 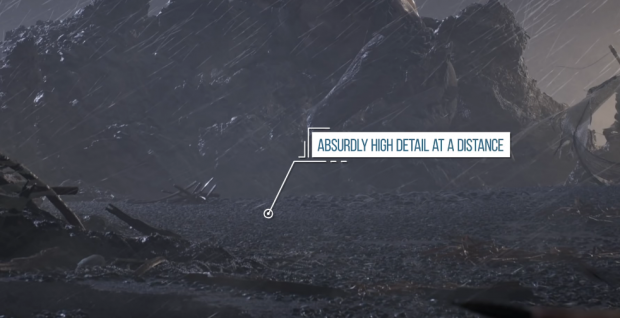