Disney is ramping up with hype for its huge Star Wars: The Rise of Skywalker movie, and joining in on that hype is Epic Games with some Star Wars fun in Fortnite. 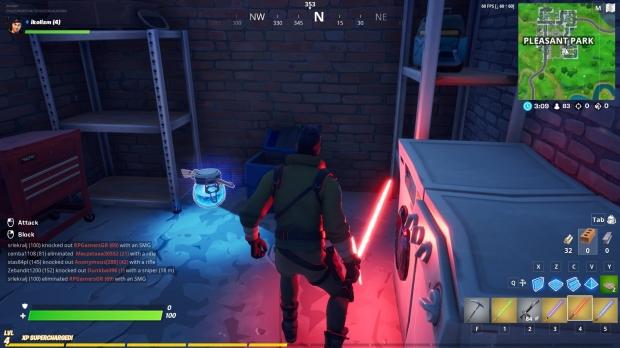 Fortnite recently enjoyed a live Star Wars event over the weekend, with the developer dropping lightsabers into the game. Plenty of players are now ridding themselves of traditional weapons, and going for some of that classic one-on-one lightsaber battle action in battle royale goodness.

There's not just one lightsaber style either, with Fortnite featuring all different styles including Rey's blue lightsaber, Luke's green lightsaber, and then there's purple and red lightsabers for Mace Windu and Kylo Ren, respectively. There's only one more week of lightsabers in Fortnite, so you will want to jump in now if you want to play around with them in the game before they disappear.