If the controversy over in Hong Kong couldn't get any worse, a popular new web game is getting some international attention -- 'Fight the Traitors Together'. 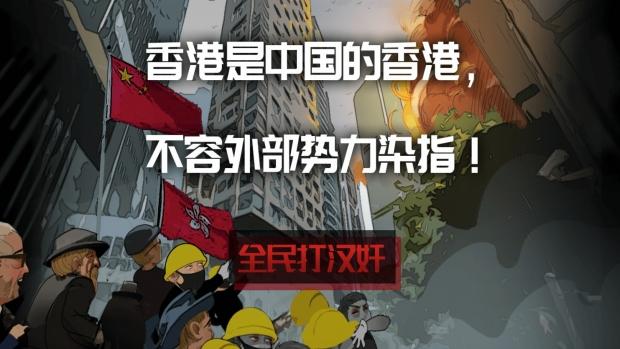 Fight the Traitors Together sounds about as bad as you think it does, as the game wants players that will find what really are Hong Kong protesters in the game, and then hurt them by slapping them, or throwing rotten eggs at them. The game was built to let people vent their anger over the riots in Hong Kong.

The game sees 8 different "traitors" hidden in the city, caricatured based on real people. These people include "Jimmy Lai Chee-ying, Martin Lee Chu-ming and Joshua Wong Chi-fung, prominent opposition figures who have played a major role in inciting unrest in Hong Kong. There are also traitor figures in ancient China" reports Global Times.

Fight the Traitors Together's official cover page explains: "Hong Kong is part of China and this can't be meddled with by outside powers". One player explained to Global Times: "The practices of these modern traitors have long been irritating. While they are free in real life, at least in the game they should pay for what they have done".