Tesla made waves all around the world with the unveiling of its futuristic Cybertruck, which Elon Musk himself has now tweeted that the company has received 146,000 pre-orders so far.

Tesla Motors' own numbers directly from company CEO Elon Musk show that more customers want the higher-end models versus the single-motor Cybertruck. If the calculation of the 146,000 models seeing half of them with the optional Autopilot upgrade that costs $7000, that means Tesla has had over $7.5 billion worth of pre-orders of the Cybertruck already. 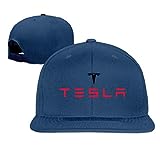