Hideo Kojima must now finally be able to sleep with Death Stranding finished and being pressed into Blu-ray discs for the PS4 as we speak, with our Death Stranding Review roundup right here. But what about his next game? 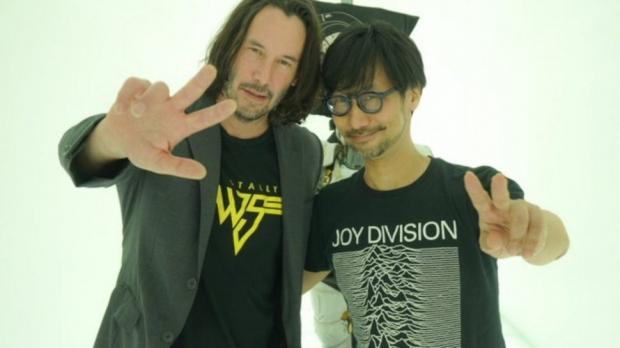 Well, that's something Kojima talked about in a recent BAFTA panel that featured the man himself and film director Nicolas Winding Refn (who also plays Heartman in Death Stranding). Towards the end of the panel, Kojima began to talk about being excited for what he and his team are working on post-Death Stranding.

Kojima said: "Well, I'm kind of not just anxious about it, but also I'm really facing towards the future already. Nicolas is the same, I think. When you finish a project, and your body's resting and you take a break with your family, your brain is always constantly thinking. So you finish something, and - well, Death Stranding will be released next week, but I'm already thinking about the next project, and the next, next project, and I'm trying to prepare things. But it's a natural thing for me. It's like having breakfast, lunch, or dinner. It's nothing special to me, it's as simple as that. But the next project that I could work on, just to think about that, I'm happy to think that I could work on it; I'm still physically fit to do it".

We have no idea what the game will be about and if it's half as strange and unique as Death Stranding we will yet again be captivated by whatever Kojima and his team create.

Kojima added: "I really want to do something a little different. In the next five years, the platform will be streaming. Either it's a movie or a game, both will remain - the cinema experience and the platform of games will remain. But the game, you could broadcast that right now, like esports that you see today. I think there's something ahead, and I'm thinking about that. It's a movie, but it's a game, I'm thinking of that kind of idea, and I want to do that kind of thing".