Apple has sent out warning messages to iPhone 5 users to update their iOS software, as some online services will soon be cancelled if they don't. Apple has sent out full screen alerts that detail that some online features such as email, web browsing, App Store and iCloud services will not be available. Apple also says that apps or services that require GPS time rollover will also not be available. Users who haven't updated to iOS 10.3.4 before 12AM UTC on November 3rd will experience the lack of these online services.

Out of all the Apple users out there, Apple says that only 9% of all iOS device users are running software earlier than iOS 12 as of October 15th. If you happen to fall into this small category or aren't sure, I would recommend that you open the Setting app, tap general, tap About, and look for the number next to 'Software Version'. For more information, check out the official Apple post here. 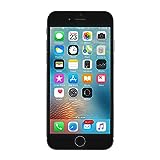