Microsoft adds a built-in FPS counter into the Xbox Game Bar on PC, making it easier to check performance on-the-fly. 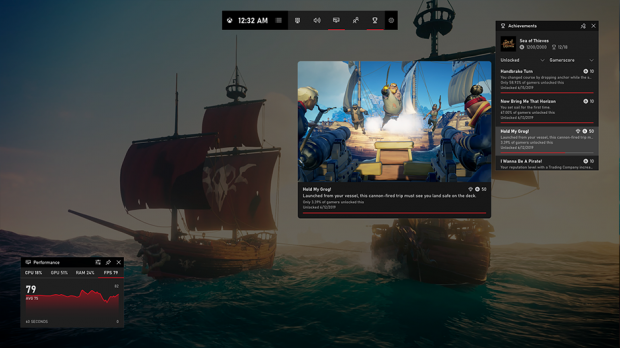 Microsoft's native PC gaming tools have evolved tremendously over the years. I still remember playing Quantum Break in 2016 when third-party overlays weren't supported with UWP games. But now Microsoft's first-party games on PC have a nifty Xbox Game Bar that natively tracks CPU, GPU, and RAM usage via an on-screen toolbar. It's pretty helpful and lets you see performance while not having to Alt+Tab.

But now Microsoft is adding an FPS counter to the mix which is arguably the most important at-a-glance indicator for specific games (especially first-party PC games from Microsoft). The new October 2019 Windows update adds the new FPS counter to the Game Bar app, and also brings some customization options too. You can change the transparency and color scheme of the tabs, and even customize which perf indicators show up.

One of the more innovative additions is achievement tracking.

This is of course to boost engagement and to keep you playing for as long as possible. The tracker will show your incremental progress towards specific achievements, eg killing x number of foes or completing specific quests. It's not a bad idea, and it should work with Xbox Game Pass games on PC too.