Doppio Games and Netflix has announced a new partnership to push the boundaries of voice-controlled gaming and entertainment. This partnership will focus in on the launch of 'The 3% Challenge', a voice-only game based on Netflix's original show. 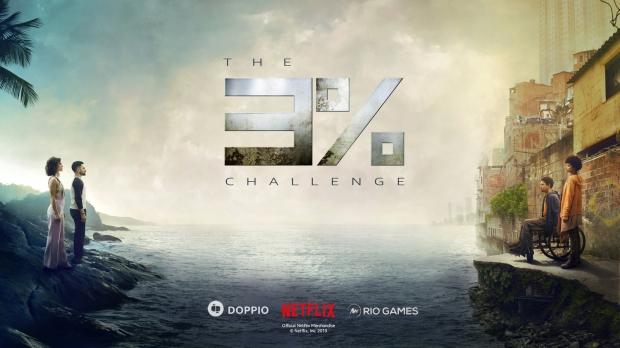 'The 3% Challenge' is a prequel story to Netflix's critically acclaimed 3% series and will take players to 20 years before the events in the first season of the show. The game will require smart speakers such as Amazon Alexa or Google Assistant to play, and for fans wondering if the game will use the voice of the lead character in the show, it will. Bianca Comparato, who plays Michele in the show will be returning to voice-over the game.

The game will push players to make hard decisions that are described to be "custom-made voice-based challenges that test players' skills". It should also be noted that the games prequel story was written by the same people who wrote the show, Pedro Aguilera and Cassio Koshikumo. This means there should be no storyline confusion between the game and the show. Doppio Games' CEO and co-founder, Jeferson Valadares spoke out about the collaboration, saying "With AI changing the landscape of gaming, we are revolutionizing the gaming industry with captivating gaming experiences that can't be achieved on any other platforms."

He continued and said, "As users seek ways to get the most from their devices, voice control could evolve to outpace touch control, with The 3% Challenge leading the way."

Doppio Games' The 3% Challenge will launch later this year and after the initial launch the title will be updated with new episodes and challenges.