Dark mode has now arrived on Instagram, and while users might be used to that slick white look that they have been ever so accustomed to, here's how to enable the black version.

Firstly, for you to get dark mode on Instagram users must have iOS 13 for Apple devices or Android 10 for Android devices. The first step will be making sure the Instagram app has updated to its latest version, so head on over to your respective store (App Store or Play Store) and update the app.

Once that has been completed, iPhone users can open their 'settings' app on their phone and head over to the Display and Brightness sub-tab, in here you will see 'Dark'. Android users can do something very similar, open settings, press Display, tap the Advanced tab and then select Dark. Adam Mosseri, the Head of Instagram via his Twitter account, his tweet can be found above. What do you think about Dark Mode? Personally, I love it! 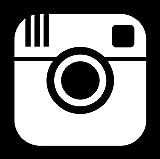