The InSight lander that is currently on Mars has relayed back to Earth some amazing audio sounds that scientists believe to be Marsquakes and other martian sounds.

NASA's InSight lander has managed to capture more than 100 events on its radar, but its estimated that only out of these 100 events that 21 of those are marsquake potentials. InSight's seismometer which is what was used to capture this evidence is so impressively sensitive that it can also pick up the sound of wind on the distant planet.

Imperial College London's Constantinos Charalambous who assisted with the audio recordings said commented on the video, saying "It's been exciting, especially in the beginning, hearing the first vibrations from the lander. You're imagining what's really happening on Mars as InSight sits on the open landscape." 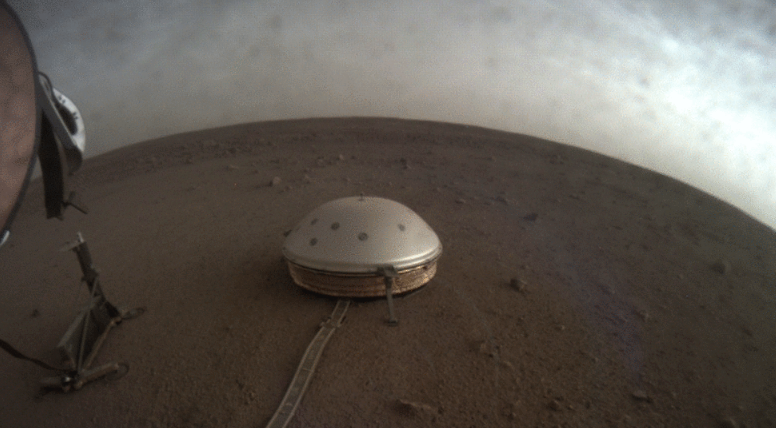 Above we have an image of what has been titled as the 'mole', a half-spherical structure that is meant to penetrate 16 feet or 5 meters into Mars' surface. Unfortunately scientists have reported that the Martian sand is much to fine and doesn't provide the necessary friction the structure needs to dig deep. At the moment it has only reached 1 foot, or 30 centimetres.