Stranger Things won't end any time soon, and Netflix will keep the series alive with new seasons and even movies. 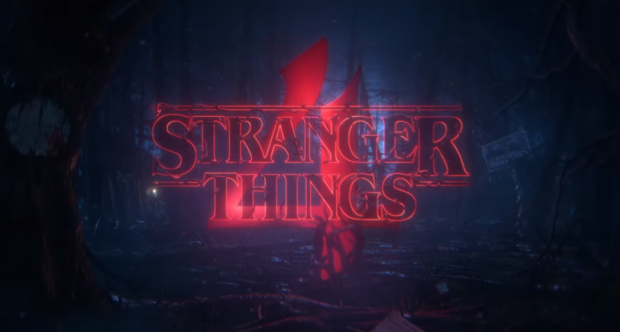 Netflix today announced Stranger Things 4 and signed a big multi-year deal with The Duffer Brothers to expand the franchise. Netflix not only ordered new seasons past season 4, but also new films set in the beloved sci-fantasy universe. A new teaser for Stranger Things 4 takes us to the upside-down, and strongly hints the show will eventually move outside of Hawkins, possibly with new characters and perspectives.

No information on a season 4 release date was confirmed, and we're not sure what original cast members will return (likely all of them).

Check below for a copy of the press release sent out by Netflix:

Netflix has renewed the worldwide hit series Stranger Things for a fourth season and signed series creators and showrunners The Duffer Brothers to a multi-year film and series overall deal.

"The Duffer Brothers have captivated viewers around the world with Stranger Things and we're thrilled to expand our relationship with them to bring their vivid imaginations to other film and series projects our members will love," said Ted Sarandos, Chief Content Officer, Netflix.

"We can't wait to see what The Duffer Brothers have in store when they step outside the world of The Upside Down."

"We are absolutely thrilled to continue our relationship with Netflix. Ted Sarandos, Cindy Holland, Brian Wright, and Matt Thunell took a huge chance on us and our show -- and forever changed our lives. From our first pitch meeting to the release of Stranger Things 3, the entire team at Netflix has been nothing short of sensational, providing us with the kind of support, guidance, and creative freedom we always dreamed about. We can't wait to tell many more stories together -- beginning, of course, with a return trip to Hawkins!"