Prepare the salt shakers because this rumor is a doozy -- AMD's next-gen Zen 3 architecture reportedly features massive changes to its SMT capabilities that would enable 4 threads per core. 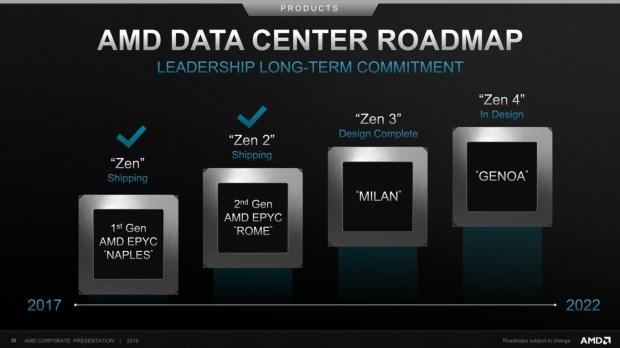 This means Zen 3 processors with 64 cores could have up to 256 threads, something that would be quite the leap from AMD compared to the current EPYC Rome CPUs with 64C/128T max. The 4 threads per core processors would be perfect for the data center and HPC markets, and would pave the way for gigantic performance improvements from all those threads.

Software needs to catch up and support 256 threads per CPU, but in the data center and HPC markets this is already common. As for gamers, we wont' see the benefits of this until game developers really begin stretching out and using 16 threads... let alone 256 threads.