The Soyuz 61 crew recently took off from Earths surface yesterday, and upon arrival at the International Space Station (ISS) a crew member of the ISS snapped this awesome picture.

NASA astronaut Jessica Meir, Russian cosmonaut Oleg Skripochka and United Arab Emirates spaceflight participant Hazza AlMansoori launched from the Baikonur Cosmodrome in Kazakhstan on September 25th. It wasn't long before they were to join the ISS crew of six that has been living and conducting experiments aboard the flying lab/observatory. Jessica Meir was on route to join her best-friend and classmate Christina Koch and upon Meirs arrival Koch snapped this incredible picture.

"What it looks like from @Space_Station when your best friend achieves her lifelong dream to go to space". She continued and explained what the image is of "Caught the second stage in progress! We can't wait to welcome you onboard, crew of Soyuz 61!" Meir and Skripochka will stay on board the ISS until February next year, while AlMansoori will return back to Earth in just week since he is just a spaceflight participant. 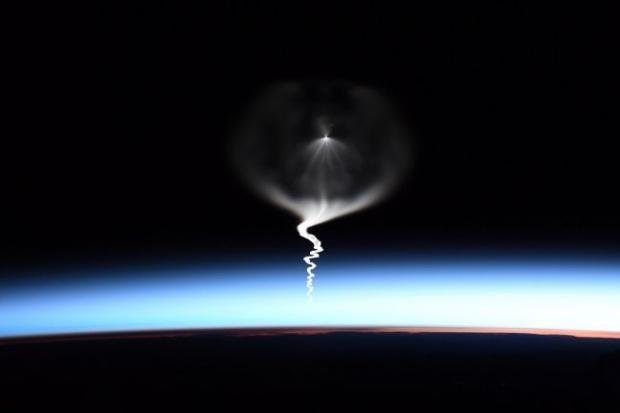