Elrond says in Peter Jackson's Lord of the Rings - The Fellowship of the Ring, "I was there Gandalf, I was there 3000 years ago when the strength of men failed". Just like Elrond, I was there when Jagex first introduced microtransactions into the live game. 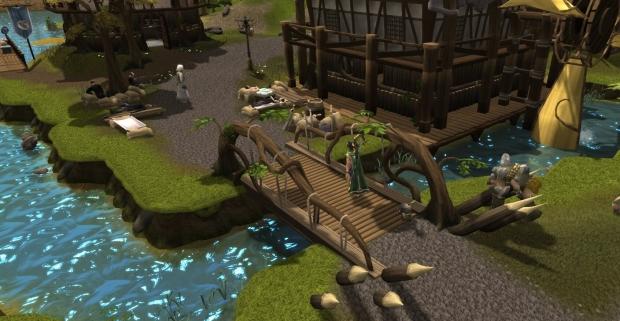 I have been playing RuneScape for over 10 years now and never have I seen a community more fired up and worried at the same time then when Jagex first introduced microtransactions into their game. Ultimately, this plus the introduction of Evolution of Combat killed RuneScape, and resulted in the company polling their players opinions on re-rolling the servers back to 2007scape, which is what we now know as Old School RuneScape today.

At first the microtransactions weren't that big of deal because they weren't worth the real-world money for the in-game items or chance through the Sequel of Fortune. That later changed when Jagex started leaning much more towards promotions for the Sequel of Fortune (basically an in-game slot machine) and rewarded players exponentially with experience boosters, gear etc etc. This caused the community to be outraged as players who had extra real-world money to spend had a clear and unsettling advantage over players who just put the time into reaching their set goals.

So why has this all re-sparked a fire under Jagex now? UK Parliament's September 9 report on "immersive and addictive technologies" directly references a "member of the public whose adult son built up considerable debts, reported to be in excess of 50,000 pounds ($61,087), through spending on microtransactions in British company Jagex's online game RuneScape." It also states that due to the adult son's spending's it "caused significant financial harm for both the player and his parents."