Blizzard has kicked off its new Bastion Brick Challenge event, with some LEGO-infused fun for both gamers and Twitch streamers -- with a bunch of themed goodies to win in your Overwatch matches. Check out the video:

Overwatch's new Bastion Brick Challenge event has already kicked off and runs through until September 30, where you can win a bunch of themed gear in quick play, arcade, and competitive modes.

Activision-Blizzard have teamed with The Lego Group on some other cosmetics for the event, including Lego versions of Genji, Hanzo, Pharah, and Tracer. There will be a bunch of icons, sprays and a legendary skin up for grabs -- and bonus sprays if you watch streamers playing Overwatch on Twitch. 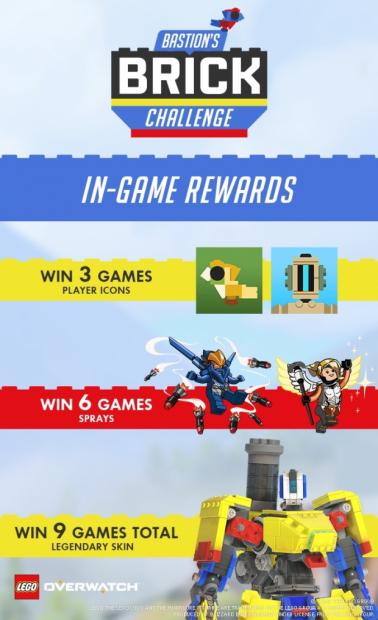