Marvel has huge at this years Comic-Con and one of the attracts that had built for the event was the life-size Iron Man statue built out of LEGO.

Above we have a behind-the-scenes look at how the statue was designed and built. Firstly the designers created a 3-D model of what the statues pose was going to look like from a reference image Marvel gave to them. Then they continued on to design the internal lighting of his eyes, arc reactor and gauntlet. 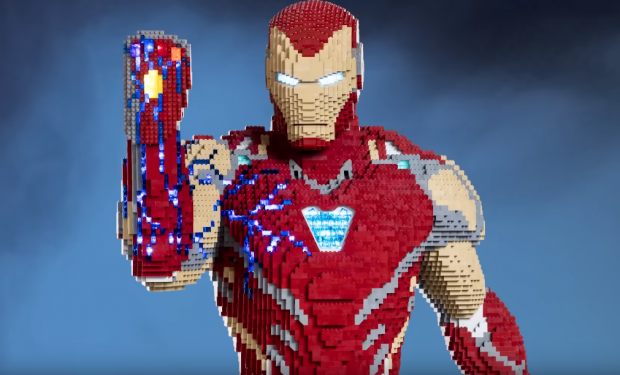