The Gemini Observatory has managed to snap an awesome first-ever multi-colored image of a newly discovered comet beyond our solar system. 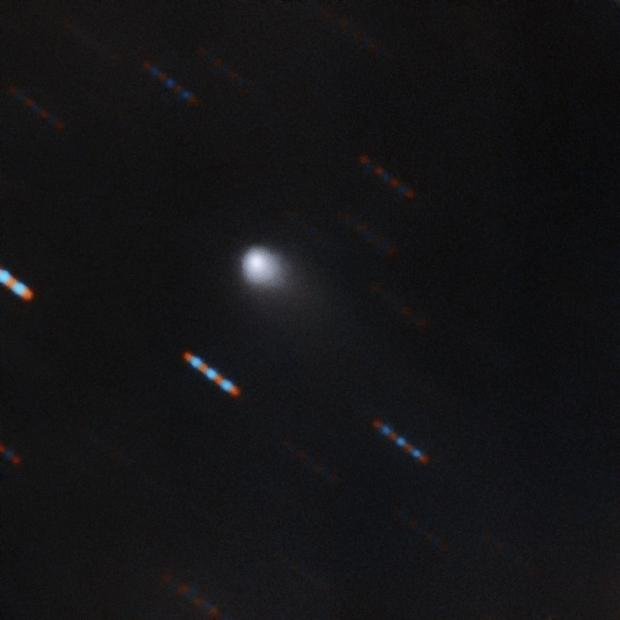 The image was captured during the night on September 9-10 using the Gemini Multi-Object Spectrograph on the Gemini North Telescope located on Hawaii's Maunakea. According to Andrew Stephens of Gemini Observatory, "This image was possible because of Gemini's ability to rapidly adjust observations and observe objects like this, which have very short windows of visibility."

He continued and said "However, we really had to scramble for this one since we got the final details at 3:00 am and were observing it by 4:45!" From the image we can see a tail on the object, this is due to its out-gassing which is requirement for a space object to be deemed a comet. This is the first time a interstellar visitor has been observed with such a strong tail.

Due to the comets trajectory astronomers believe as it travels through space they will get a much better view as time goes on.