With its samurai blades, fluid wall-running, and replayability, Ghostrunner could be the next big arcade hit.

Ghostrunner looks to be an extremely addictive and fun romp in the vein of Superhot, complete with one-hit kills. But unlike Superhot, this stylish cyberpunk slasher has you jumping, sliding, dashing, sprint-strafing and wall-running like a Tenno--all in first-person. The areas are much more open-ended and fleshed out with high-tech visuals, reminding me of Midgar fused with Deus Ex's Utelek facility. And your only weapon is a dual-handed katana that slices and dices badguys. There's also instant respawns so you can jump right back into the action and try again; do or die, there is no try. 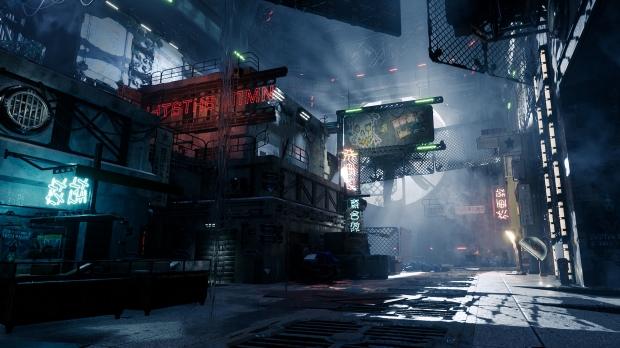 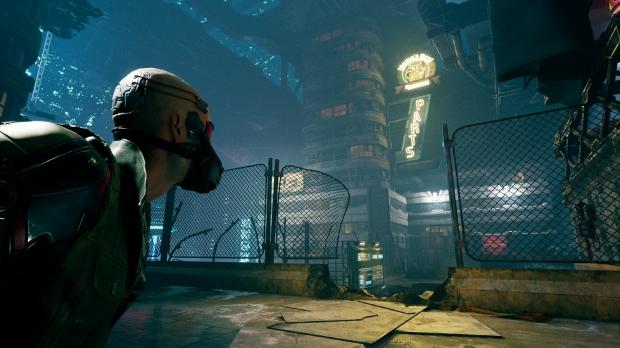 The project is being developed by indie devs One More Level and published by All In! Games, and even has a mission-based storyline with actual objectives. There's also a grappling hook. I mean what cyber-ninja would be complete without a grappling hook?

Ghostrunner is due out by 2020 on Steam, but no pricing or exact release date have been confirmed.

Enter an intense cyberpunk world and experience fierce, dynamic combat! Conquer your enemies in the physical world and in cyberspace. Hunt for answers in humanity's last remaining shelter.

Ascend humanity's last remaining shelter, a great tower-city. The tower is torn by violence, poverty, and chaos. Conquer your enemies, discover the secrets of the superstructure and your own origin and obtain the power to challenge The Keymaster.

The game takes place in the future, after a global cataclysm where the remains of humanity live in a tower built by The Architect, who died mysteriously years ago. Everyone knows the truth, no one says it aloud.

The world ruled by The Keymaster is harsh. A person's worth depends on the category of implants they have, defining their whole lives. The implants-given to them in childhood-determine which social group a person belongs to. If you weren't lucky enough to get a good life, there is nothing you can do.

It's no surprise that a rebellion starts.

You are a cyber-warrior, the only one capable of fighting both in the physical world and in cyberspace. Lost and hunted, thrown into the middle of the conflict, you must use this bond with technology to ascend the tower.

As you climb higher, secrets are revealed. The clock starts ticking on a race to uncover the mystery behind the structure that houses humanity's last hope. Solve the riddle or be killed-there is no other option.