An episodic, TV show format is perfect for Star Wars, and will let creators spin unique tales that connect outside of a two-hour window. The Mandalorian is a great example, and the first official trailer shows a lone wolf gunslinger surviving the harsh, Imperial-ruled cosmos as a kind of mercenary lawman hunting down nefarious criminals--all for the right price.

The footage is stylish, striking, and appeals to the inner Star Wars fan in me, complete with exotic planets, AT-ST walkers, blaster gunfights, and lots of marks sealed in carbonite. The show itself takes place in the twilight era between The Return of the Jedi and The Force Awakens, and will be exclusive to Disney's new $6.99 Disney+ subscription service.

There's lots of freedom in this timeframe and Disney can take lots of liberties here to flesh out the periods. The Mandalorian is a mix of old and new, and that's part of its appeal--we can see shades of the beloved original trilogy mixed with the new era of the First Order. We'll likely see more shows help bridge the existing and expanded universes together.

The Mandalorian releases on November 12 on Disney's new Disney+ service. Check below for more info:

"After the stories of Jango and Boba Fett, another warrior emerges in the Star Wars universe. "The Mandalorian" is set after the fall of the Empire and before the emergence of the First Order. We follow the travails of a lone gunfighter in the outer reaches of the galaxy far from the authority of the New Republic." 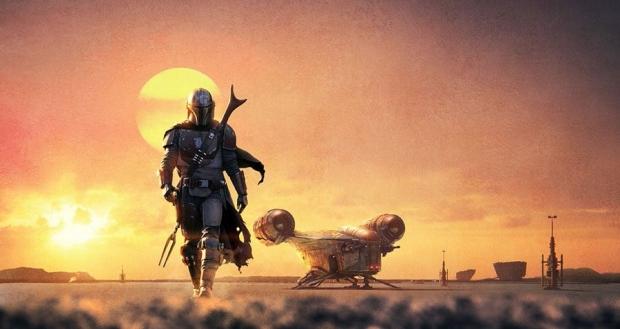