Gamers are passionate, and it really doesn't matter what game you are looking at because you will always find a group of people really wanting support for their favorite game. Unfortunately, those development support cries aren't always fulfilled by the developers. 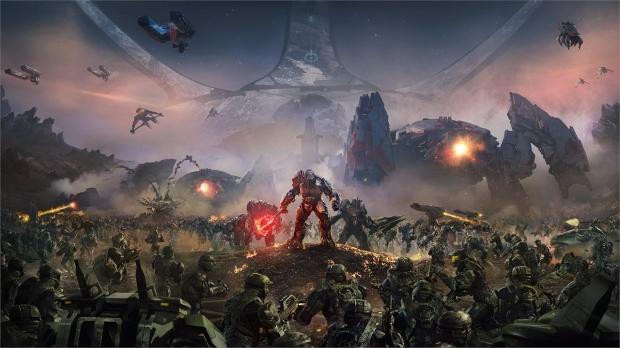 Halo Wars 2, the Halo RTS undoubtedly has one of those passionate communities and to prove that point fans started a petition that asked developers to add several updates to the game. The petition was signed by over 2300 Halo Wars 2 players and requested that developers 343 Industries brought the game over to Steam and added new features such as: replays, a UI design for PC, keyboard and mouse support for Xbox One players, new content such as skins/maps and random bug fixes.

In response to this petition, 343 Industries has flat out declined any further support for Halo Wars 2, despite the company sharing most of the same views as the players who signed the petition. Tyler Davis, the community support and engagement coordinator for 343 Industries said "It is always awesome to see the passion of fans wanting to see change come to the games they love in a positive manner. As awesome as all of these requests are, and as much as we personally share these same desires, the unfortunate reality is that we currently are unable to commit to any future Halo Wars 2 continued development or support at this time."