NASA will be allowing the private Dream Chase space plane to hitch a ride on their new Vulcan Centaur rocket to the International Space Station (ISS). 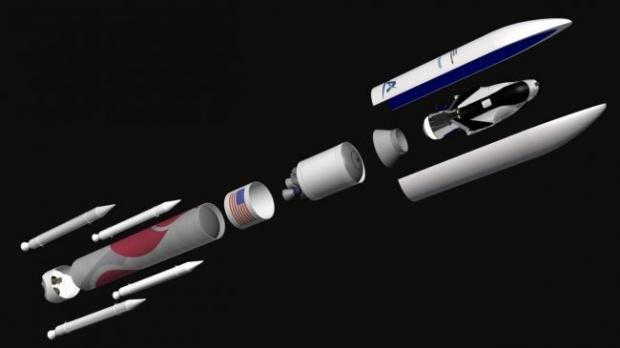 According to a new announcement out of the Sierra Nevada Corp, their space shuttle-like vessel that resembles much like a plane, is scheduled to launch with the new Vulcan Centaur rocket that's headed to the ISS. Dream Chaser will be transporting more than 12,000 lbs (5,400kg) of cargo to the space station over the course of six mission, the first of which will begin in late 2021.

ULA Chief Executive Tory Bruno told reporters that "I have been a fan and a supporter and a cheerleader of this amazing vehicle from the first moment I saw it. To be able to make Vulcan's commercial debut with this block of missions underneath the Dream Chaser is just truly exciting." The first test flight is scheduled to begin in 2021, and if the Vulcan Centaur rocket isn't ready to launch by then, Bruno has said that they can always fall back on the already prepared Atlas V. "We're on time with Vulcan, but if something should arise, we're going to make sure that you fly when you're ready."