NASA has released a brand new image from The Hubble Space Telescope showcasing what is now the best image we now have of the giant planet Jupiter. 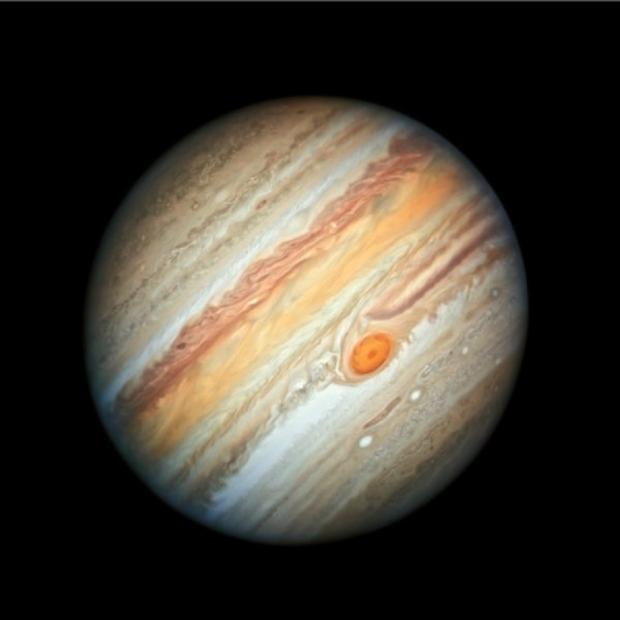 From the image we can see Jupiter's famous Great Red Spot and the extremely chaotic atmostphere of the planet. The colors we can see on the planet showcase the different parts of Jupiter's atmosphere in action. From the distance we are at, we can see large bands covering the planets surface, these are ammonia ice cloud and the reason for them to be separated/different eachother is a result of various atmospheric pressures. Lighter bands have risen higher from the surface while the thicker bands represent more dense clouds.

The Great Red Spot we can see in the middle-right of the image is Jupiter's main attraction. Don't be fooled by the spots size, it may look small in the image but its diameter is actually larger than Earth's. The spot is actually a high-pressure wind system called an anticyclone and since the 1800's scientists have been watching it slowly downsize for an unknown reason. Jupiter's Great Red Spot is the largest anticyclonic storm in the entire solar system.