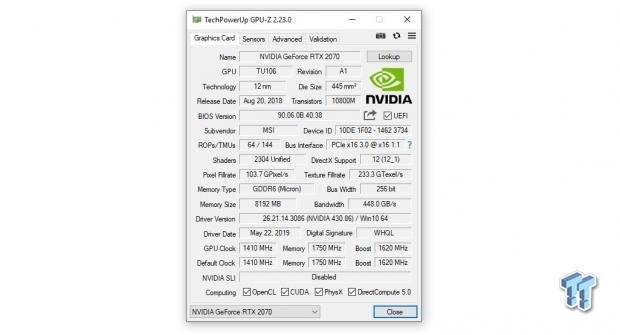 TPU also added in support for additional variants of NVIDIA's new GeForce RTX 2060 and RTX 2070 SUPER, while a bunch of other graphics cards on both Team Green and Team Red received added support in GPU-Z v2.23.0.

The new version has an updated icon and splash screen with high-DIP support, so high-res monitor owners and reviewers/benchmarkers willl enjoy that. GPU-Z is a staple of my life, so the new changes are welcomed. You can grab TechPowerUp GPU-Z v2.23.0 here.