Scientists and astronomers led by Cornell's Lisa Kaltenegger have announced that they have discovered a 'super-Earth' planet in a nearby solar system.

The planet was found using NASA's Transiting Exoplanet Survey Satellite or TESS for short. Kaltenegger, associate professor of astronomy, director of Cornell's Carl Sagan Institute and a member of the TESS science team spoke out about the discovery, saying "This is exciting, as this is humanity's first nearby super-Earth that could harbor life-uncovered with help from TESS, our small, mighty mission with a huge reach."

Astronomers from the Institute of Astrophysics of the Canary Islands and the University of La Laguna, both in Spain, said that this planet is located in the Gj 357 system to the journal of Astronomy & Astrophysics. The solar system GJ 357 contains a sun that is about one-third the size of our own, and only has three other planets in the entire system. GJ 357 d, the Earth-like planet is located in what seems to be habitable zone in comparison to its position with the star.

Katenegger has described Gj 357 d to have a thick atmosphere that could potentially be able to retain liquid, which is one of the fundamental building blocks for life. "With a thick atmosphere, the planet GJ 357 d could maintain liquid water on its surface like Earth, and we could pick out signs of life with telescopes that will soon be online. Just knowing that liquid water can exist on the surface of this planet motivates scientists to find ways of detecting signs of life." 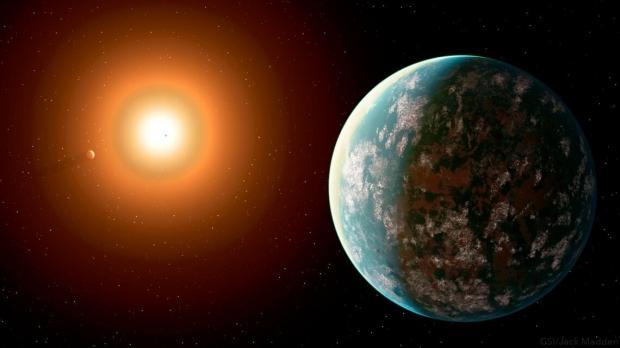