Most PC users that use Windows enjoy the well-defined visual look of the start menu, imagine if that all changed and in the next Windows update it was massively big and bulky.

The above video is sourced from Windows Central who has got his hands-on Windows 10 internal build 118947. From the video, we are introduced to the new start menu appearance and what the user-interface (UI) will look like for Windows Insider users. Judging from the UI layout, Microsoft seem to be taking a more tile-like look to the start menu, creating bigger and more accessible app icons.

It should be noted that this is a very early design of the start-menu and is subject to change as Microsoft tweaks it here and there after they get insider feedback from users. For me personally, this menu is a step in the wrong direction as it reminds me too much of the sham Windows 8 was. The bulkiness adds a fatter look to the aesthetic design of Windows and doesn't improve the visual appearance at all. As for utility measures, how much does bigger app tiles really improve the users experience? And is it enough for Microsoft to roll out this to base Windows 10 OS's?

On a second note, this start-menu can be switched back to the original version by simply clicking one of the icons on the left hand side of the menu. At the moment it is believed that Microsoft intends that this version of Windows will be rolled out to Windows Lite users, which could mean that base Windows 10 OS's could eventually see this update coming to fruition. 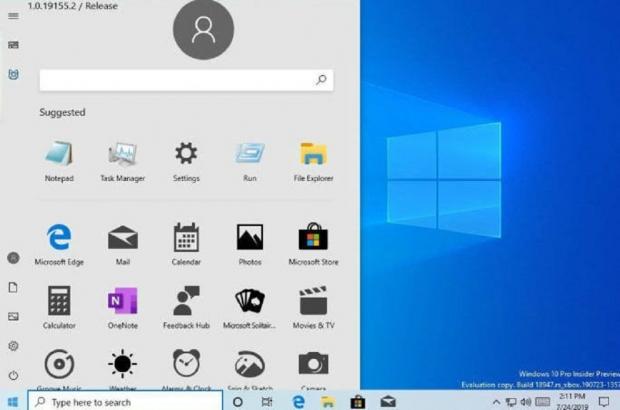