TennoCon 2019 has blessed Warframe players with a bunch of new announcements to enjoy. We have a new cinematic trailer to enjoy, expansion trailer and much more.

Above you will find the new cinematic trailer that was created by Great Guns' Director Dan Trachtenberg, who is known for the movie 10 Cloverfield Lane. Combined with this awesome cinematic trailer was also the release of The Durviri Paradox expansion, as well as the Empyrean expansion.

All of the trailers can be found within the entirety of this post as well as the official feature list for all of the coming content that Digital Extremes has in the pipeline. Warframe is currently available on the PC, PS4, Xbox One or Nintendo Switch.

Official description of the Empyrean expansion:

"Prepare to soar through the Origin System, explore new territory, and fight hostile forces with serious firepower! With an in-ship interface to control speed and direction, shield deployment, offensive missile volleys and gunner fire - including the ability to deploy Archwings and infiltrate enemy ships - players are now armed with an arsenal of tools to fend off and destroy enemy opposition. Player ships can be upgraded, take damage, and be customized, among many other things."

New details from TennoCon 2019 bring an even deeper level of freedom, power and cooperative gameplay: 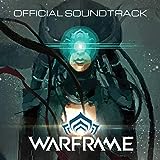