E3 2019 - Witcher 3 won't look so great on the Nintendo Switch, with resolution dropping as low as 540p while playing on-the-go. 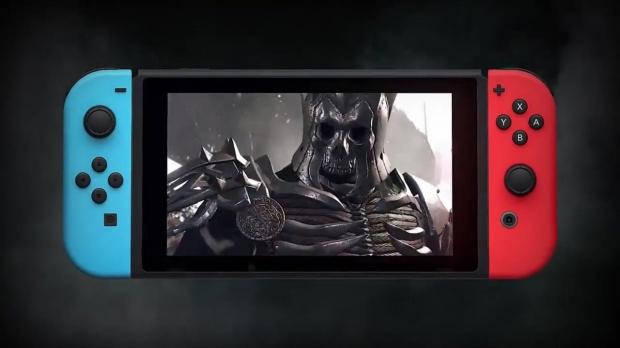 Today CD Projekt RED announced the full 150-hour Witcher 3 RPG saga is coming to the Nintendo Switch, including all of its expansions and DLC. With its immaculate graphics, huge sprawling open-ended world, dynamic quests, and action-based combat, The Witcher 3 looks like it'll absolutely annihilate the Switch's limited hardware. To avoid complete janky performance, CDPR had to drop resolution down quite a bit.

The Switch's lower-end Tegra X1 processor has been a thorn in the side of many a developer, especially with bigger current-gen games. The Witcher 3 will be no exception--in fact it'll push the Switch to its limits. Saber Interactive had to do some serious juggling to get opus RPG running on the Switch.

CD Projekt RED openly admits The Witcher 3 will drop as low as 540p in Switch's handheld mode, and rises to 720p with dynamic resolution scaling when docked.

This performance disparity is par for the course with Switch games. All games run worse in handheld mode, a mode designed specifically to pare back the Tegra X1 to reduce battery drain and heat. Switch games shine most when docked and typically hit 720p 60FPS or 1080p 30FPS via dedicated home console play.

Witcher 3's Switch trailer admittedly looked a bit funky and pixellated, but it's a miracle the game is even running on the Switch at all. Re-releasing its biggest game to date on the Switch is a huge opportunity for CD Projekt RED to make strong sales on the platform over time.

Saber Interactive has been tapped to handle the bulk of development whereas CDPR will advise and collaborate.

The Witcher 3: Complete Edition arrives on Switch sometime in 2019, and the physical version comes with extra goodies like a full map, a compendium, some stickers, and a game cartridge with the full game, expansions, and DLC pre-loaded onto it.