Bandai and Supermassive Games' sci-fi horror Man of Medan has had its release date leaked online. Man of Medan will reportedly launch on August 30th.

Apart of The Dark Pictures Anthology, a line of standalone horror titles, Man of Medan takes players out to the deep South Pacific ocean aboard a supernatural ghost-ship. Players embark on what has been described as a cinematic delight that is packed with twists and turns that not only keep your attention heightened, but force players to be at the edge of their seat.

An official release date for Man of Medan has not been announced yet but according to Twitter user Wario64, the title will be released on August 30th. This news has reportedly been sourced from Target through a pre-ordering purchase transaction, a screenshot has been provided above. Since this isn't an official announcement, I would still take this news with a grain of salt is it could certainly be subject to change. 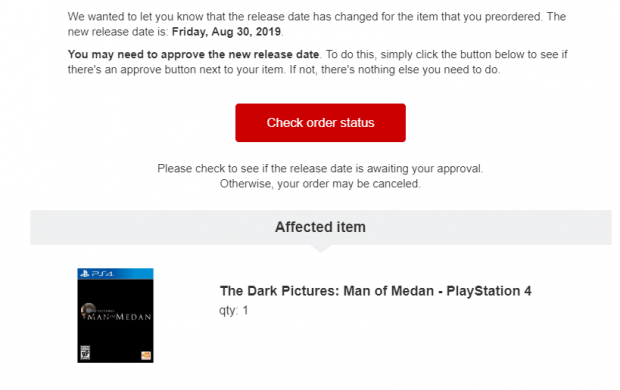