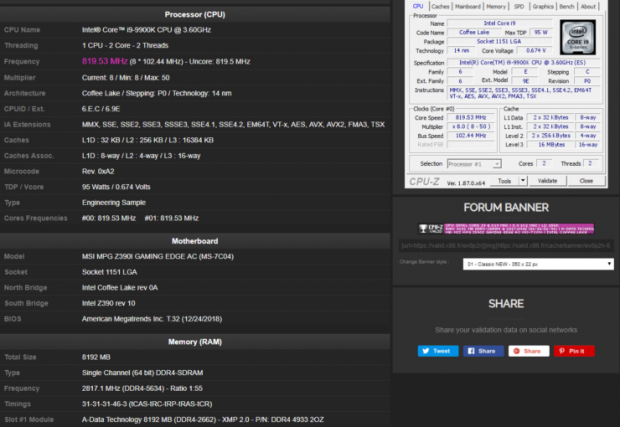 A single 8GB stick of Spectrix D60G was used on an MSI MPG X390I Gaming Edge AC Mini-ITX motherboard and an Intel Core i9-9900K, with LN2 cooling keeping the highly-overclocked DDR4 RAM cool. The timings were loose, with the team stretching them out to CL 31-31-31-46 3T, with no voltage numbers released but with LN2 keeping the RAM cool as well as having the DDR4 chips clocked at that speed, I'd say it was pretty damn high.

The ADATA Spectrix D60G comes at a stock 4133MHz so the OC all the way to 5634MHz is mighty impressive, and using LN2 cooling is even more insane. The RAM overclocking game is a crazy one, with ADATA taking the reigns this close to Computex 2019 is a big deal.