Apex Legends came out of nowhere and became the hottest game of the moment, but it seems its time in the sun is shading if you look at Twitch viewer ship numbers. 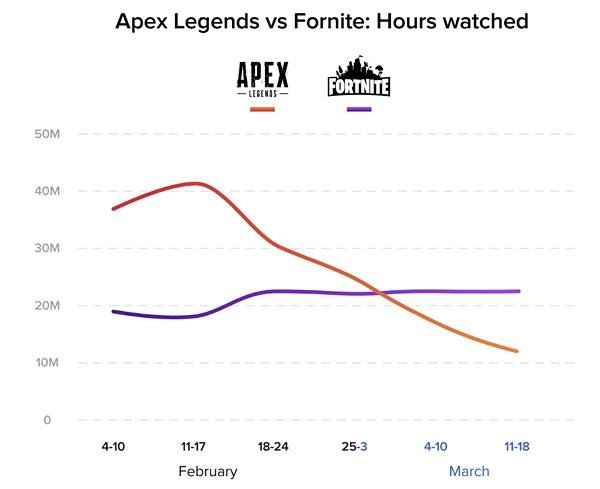 This is true as EA paid big money to some of the biggest Twitch and game streamers on the planet, but now there are other games taking gamers' time away from Apex Legends and it's showing instantly. Even myself, I pumped 50 hours or so into the game in the weeks after it launched but then moved off to The Division 2 when it launched and have been addicted to that ever since.

Now the instant success and equally as fast fall from grace of Apex Legends could cause issues with EA stock with Seeking Alpha labeling Apex Legends as "wildly overvalued" and now investors could be spooked.