Ever wondered what it would be like to enjoy Capcom's Devil May Cry 5 in board game form? That possibility will soon be available as Steamforged Games has announced a new partnership with Capcom. 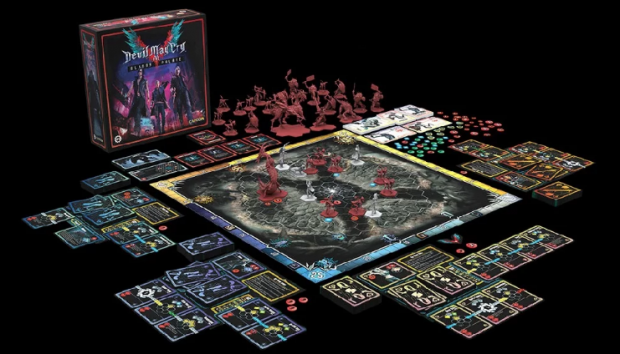 Steamforged Games will be partnering up with Capcom to bring the recently released Devil May Cry 5 board game to table top mode. Steamforged Games is known for their success in transitioning games such as Dark Souls, Resident Evil 2 and Horizon Zero Dawn to board game form. Each of these table top games mentioned was more than a success for the studio.

The newest project coming out of Steamforged Games is Devil May Cry 5: The Bloody Palace. When reading the blog announcement on the Steamforged website, we learn that "Players will be trying to outscore each other by building the most impressive attack combos and achieving the highest style rank". Players will be able to take control of "Dante, Nero, Trish, or even the newest addition to the series, the mysterious V". For more information, visit the official blog post announcement here.