The news of Halo: Master Chief Collection coming to the PC and especially on Steam, blew most gamers away. It lit the internet on fire with excitement that Microsoft of all companies, with its own digital distribution platform (which sucks) was going to make its flagship franchise available on Steam. 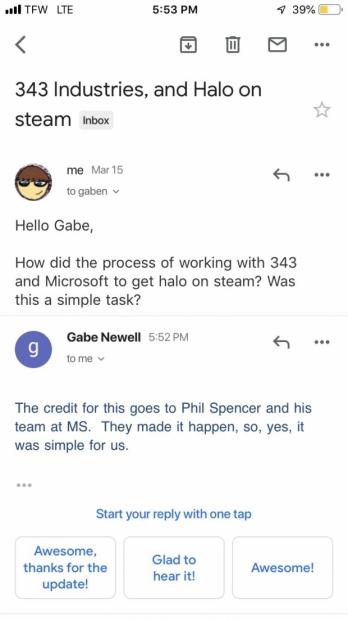 Steam, which is owned by Valve, and Valve which is owned by Gabe Newell, was an interesting choice to say the least. Newell has come out and said a few things about Halo: MCC coming to the PC when a fan e-mailed him about it all and asked whether getting the game onto Steam was an easy task.

Newell replied, saying: "The credit for this goes to Phil Spencer and his team at Microsoft. They made it happen, so, yes, it was simple for us".