NVIDIA still owns the crown for the fastest gaming graphics card in the world with its GeForce RTX 2080 Ti and it has plenty of room to move with overclocking, but the company puts some major restrictions on it or else we would see the card being magnitudes faster than it already is. 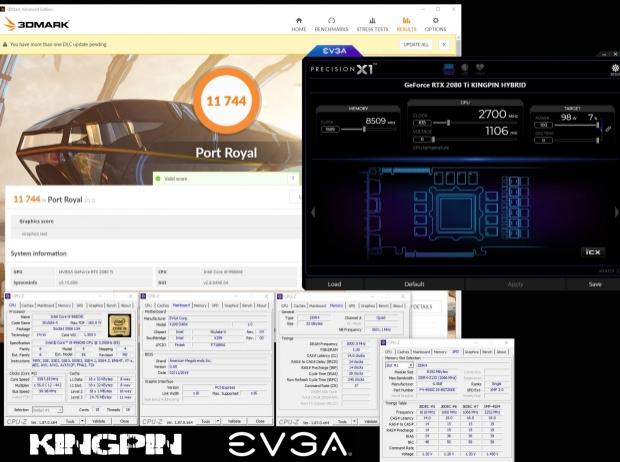 Well, now we have legendary overclocker 'KINGPIN' overclocking his custom-made EVGA GeForce RTX 2080 Ti KINGPIN Hybrid graphics card, pushing the Turing GPU up to the dizzying heights of 2.7GHz. The 11GB of GDDR6 memory was also cranked up from its stock 14Gbps to 17Gbps, offering up 750GB/sec of memory bandwidth.

KINGPIN had the EVGA GeForce RTX 2080 Ti KINGPIN Hybrid graphics card at its max power target (+7%) and used LN2 cooling to keep the OC at its limits. He used an Intel Core i9-9980XE processor also cooled with LN2 overclocked to 5.6GHz on all 18 cores on top of an EVGA X299 DARK motherboard, and 32GB of G.SKILL TridentZ DDR4 RAM at 4000MHz. The results? World record score in 3DMark's new Port Royal benchmark. 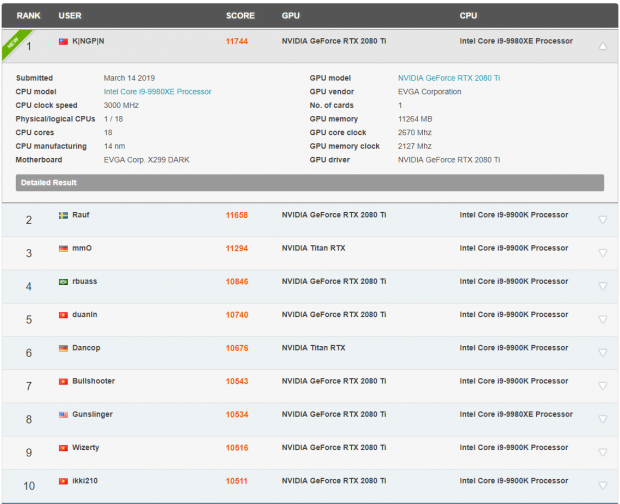