NVIDIA has announced that it is officially ending 3D Vision support with its next driver release, meaning 3D Vision had an 11-year run from its debut back in 2008. 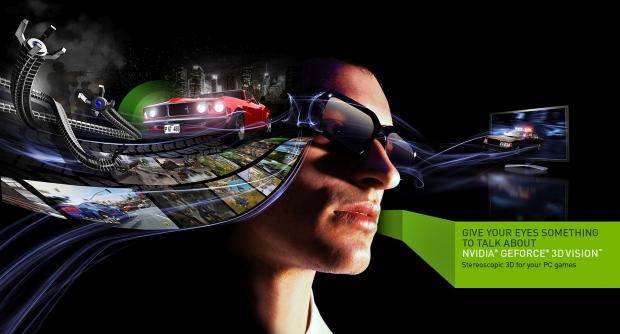 3D Vision debuted in 2008 with the release of 120Hz capable LCDs (as well as certain CRT monitors, 3LCD and DLP projectors) with a 3D Vision kit rolling out with 3D glasses that in the end, didn't gain thatm uch traction outside of a small market of people. Still, an 11 year run is some major time on the market for 3D Visiion and its successor with 3D Vision 2, and now it's coming to an end.

NVIDIA explains: "Following the posting of the final driver from Release 418 in April 2019, GeForce Game Ready Drivers will no longer support NVIDIA 3D Vision. The NVIDIA support team will continue to address critical driver issues for 3D Vision in Release 418 through April, 2020. Those looking to utilize 3D Vision can remain on a Release 418 driver. Our software that enables the use of 3D gaming with 3D TVs, 3DTV Play, is now included for free in Release 418. It is no longer available as a standalone download. Our 3D Vision Video Player will continue to be offered as a standalone download, for free, until the end of 2019".