I still remember laughing for hours and hours and then being embarrassed for the guy who starred in what could've been a parody but was serious, at The Verge's attempt at a 'Gaming PC Build Guide' video on YouTube. Well, it sucked - it was categorically wrong and would actually misinform and possible damage a novice gamers build if they followed those stupid guidelines.

Well, a bunch of YouTubers thought it would be funny to give the video sh*t and attack it and rightfully so - that's what they do for a living. Well, The Verge's parent company Vox Media is now trying to rid the internet of these videos attacking their cringe-worthy build guide.

For those who aren't in the loop, The Verge collaborated with a credit card company for a paid advertisement on building a PC. There were plenty of people up and down the food chain that would've written scripts, edited, starred in the video, shot the video, edited the video, uploaded to YouTube, and more. But still, the video was filled with errors and gaffs that were just too good to be skipped over by YouTubers, and especially Kyle 'Bitwit' who used his alter ego 'Lyle' to rip the video a new one. It was absolutely hilarious, and knowing Kyle in person (one of the nicest guys you'll ever meet) it was even funnier because everything he said was true.

Kyle was slapped with a copyright strike on his YouTube channel, which is something that Vox Media manually chose to do. Vox Media isn't within their rights to do this and content creators shouldn't be punished for it, as the videos they released were based on - and not copies of, the original video from The Verge. The Verge are obviously heavily triggered by this, and maybe they should be looking internally at this issue and realizing it was a mistake of not one, but many people up and down the Vox Media food chain.

How anyone can take Vox Media or The Verge seriously about anything PC related after this is beyond me, and their treatment of YouTubers over something that they're obviously embarrassed over is appalling. 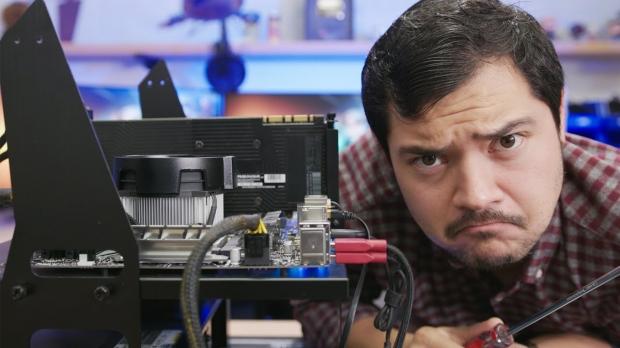