Team Cherry Games has announced that they will be getting into the Valentines Day's spirit by releasing their first paid DLC package for Hollow Knight.

Hollow Knight developers have teased the release of a new DLC for their hit indie title Hollow Knight. The developers will be releasing the DLC in celebration of Valentines Day and it will be titled 'Hornet'. Very little is known about the DLC for the moment, besides a few teases here and there from the developers.

According to their blog post, The Hornet update will come with the playable character Hornet and also a brand new enemy titled 'Steel Assassin Sharpe' which I have provided an image below. A short description for the DLC has also been provided; "Sharpe is a hunter from a distant land. He's tasked with eliminating Hornet and he's not come alone. Sharpe brings companions on his deadly quest. Who are they? And why are they pursuing Hornet? We'll leave you to guess at their full nature. Just know, Hornet's gonna be fighting for her life against this highly trained trio." The Hornet DLC will be releasing on February 14th, or better known as Valentines Day. Hollow Knight is available for the Xbox One, PS4, PC and Nintendo Switch. 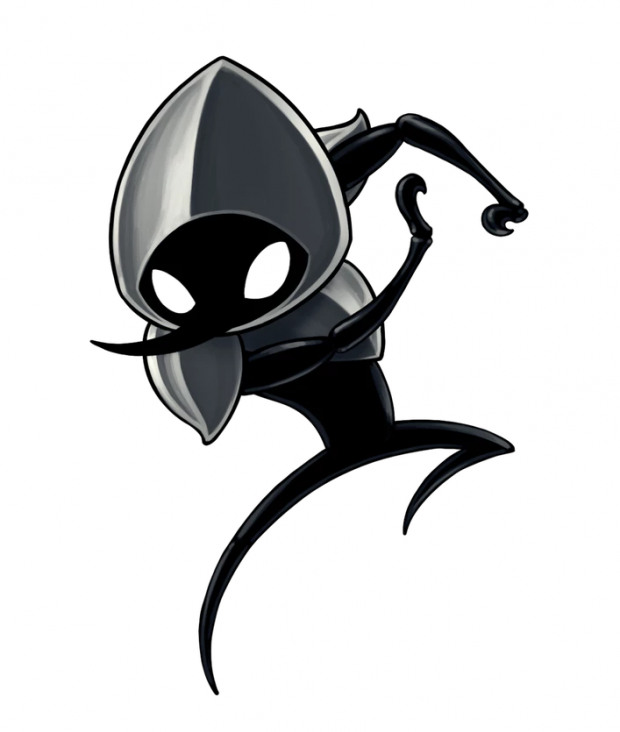