There's now a DLSS feature test in Port Royal that will run and compare performance and image quality with and without NVIDIA's new DLSS feature enabled. Port Royal benchmarks with TAA (Temporal Anti-Aliasing) which looks great but can sometimes look blurry, while NVIDIA's DLSS technology harnesses the power of deep learning and AI to provide a cleaner-looking image with up to 50% more performance which is simply incredible.

The first pass of the DLSS feature test will render Port Royal with DLSS disabled to get baseline performance before it moves onto rendering Port Royal at a reduced resolution, but with DLSS enabled that creates frames at the target output resolution.

You'll need NVIDIA's new 418.81 WHQL drivers, which you can grab here, as well as the latest Port Royal update to 3DMark. 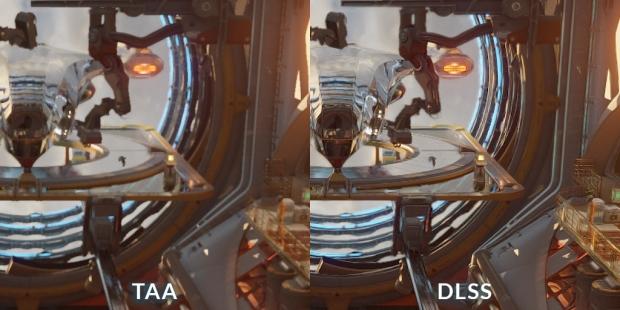