Nintendo are on the side of indie developers and will be celebrating the release of so many indie titles on the Nintendo Switch platform with a video dedicated to 2019's coming indie games.

The announcement has been sourced from the official Nintendo Europe Twitter account. From the above link we can see that Nintendo Europe will be releasing the video onto the Nintendo UK YouTube Channel on Wednesday 23rd of January, 15:00 CET. This time equates to 2pm GMT / 3pm CET and 6am PST / 9am EST.

Also attached to this Twitter post is a link to the Nintendo UK wesbite, on the website you will find a list of games from independent indie developers. The list of games is what I'm assuming Nintendo will be showcasing in the video as some titles such as Children of Morta, Streets of Rougue, Slay the Spire, Night Call and Terraria don't have official release dates. My guess is that Nintendo will be announcing the release dates for each of the games that are fall under the '2019' release date umbrella. Screenshots for the listed games have been provided below, if you want to visit the official Nintendo website yourself, click here. 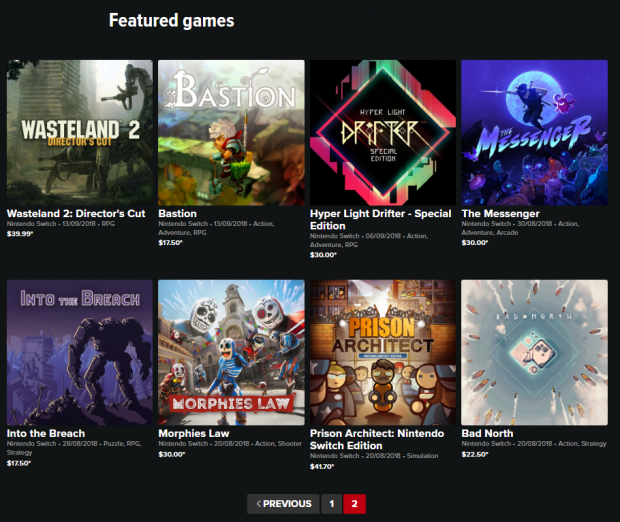