Ford has just t eased something that, well I quite frankly didn't think I'd see right now: a prototype noise-canceling dog kennel for dog owners who have pets that are scared of fireworks, and other loud noises.

The new prototype kennel is just one part of a series of "Interventions" the car maker is working on, where it's throwing the knowledge it has from its noise cancellation technology that it uses in its new Edge SUVs, into a dog kennel. Ford's technology in the car uses microphones to record engine and transmissions sounds, and then uses speakers to play the opposite frequencies, canceling out the noise.

Human and dog hearing is vastly different, as dogs can hear up to 400% further away, so Ford had to put some serious work into the prototype kennel in the hopes of helping dogs that are scared of fireworks (that are used far away). Dogs can hear at high frequencies of between 67Hz to 45,000Hz while our puny human ears only hear frequencies between 20Hz and 20,000Hz.

Ford hasn't announced full details or pricing or whether the noise canceling dog kennel will ever make it out of the prototype stages, but judging by the comments on YouTube, lots of dog owners want it. We think it would be better suited to marketed for other loud noises like lawn mowers and thunder... as fireworks aren't as common around the world as they are in specific places where this would be purchased - most likely for tens of thousands of dollars.

Still, Ford is moving in an interesting direction with its Interventions initiative. 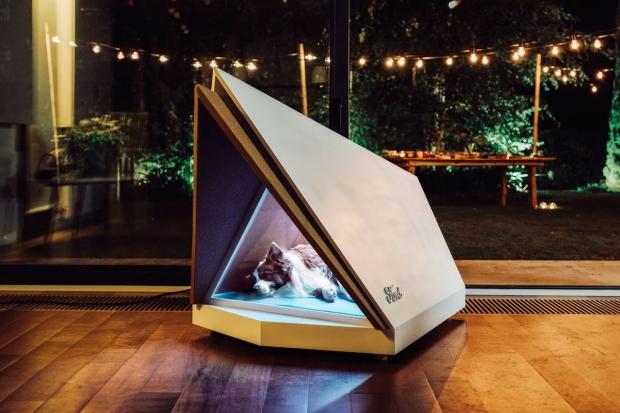